We receive many calls and emails from clients asking about EB1 eligibility. In order to potentially qualify for EB1, you must meet several credentials under one of the following categories.

Aliens with extraordinary ability are those with "extraordinary ability in the sciences, arts, education, business, or athletics which has been demonstrated by sustained national or international acclaim and whose achievements have been recognized in the field through extensive documentation." You must be one of "that small percentage who have risen to the very top of the field of endeavor," to be granted this classification.

For example, if you receive a major internationally recognized award, such as a Nobel Prize, you will qualify for an EB-1 classification. Other awards may also qualify if you can document that the award is in the same class as a Nobel Prize. Since few workers receive this type of award, alternative evidence of EB-1 classification based on at least three of the types of evidence outlined below, is permitted. The worker may submit "other comparable evidence" if the following criteria do not apply:

Outstanding professors and researchers are recognized internationally for their outstanding academic achievements in a particular field.
In addition, an outstanding professor or researcher must have at least three years experience in teaching or research in that academic area, and enter the U.S. in a tenure or tenure track teaching or comparable research position at a university or other institution of higher education. If the employer is a private company rather that a university or educational institution, the department, division, or institute of the private employer must employ at least three persons full time in research activities and have achieved documented accomplishments in an academic field.

Evidence that the professor or researcher is recognized as outstanding in the academic field must include documentation of at least two of the following:

Some executives and managers of foreign companies who are transferred to the U.S. may qualify. A multinational manager or executive is eligible for priority worker status if he or she has been employed outside the U.S. in the three years preceding the petition for at least one year by a firm or corporation and seeks to enter the U.S to continue service to that firm or organization. The employment must have been outside the United States in a managerial or executive capacity and with the same employer, an affiliate, or a subsidiary of the employer.
The petitioner must be a U.S. employer, doing business for at least one year, that is an affiliate, a subsidiary, or the same employer as the firm, corporation or other legal entity that employed the foreign national abroad. Definitions of terms relevant to this EB-1 category are found in 8 CFR § 204.5.

A USCIS Form I-140 (Petition for Alien Worker) is required. All I-140 petitions must be filed at the USCIS Regional Service Center that has jurisdiction over the place where the individual will work. The petition packet must include the required documentary evidence and should follow the specific filing guidelines of the Service Center. No labor certification is needed for EB-1 petitions.

While the EB-1 worker of extraordinary ability may petition for himself or herself, the employer must file the petition for an outstanding professor or researcher and a multinational executive or manager. 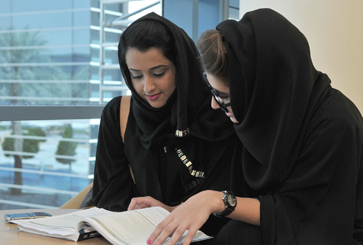