To qualify for TN status, the intended U.S. activity must be in a profession listed on Schedule 2, and the alien must possess the necessary credentials to be considered a professional in one of the Schedule 2 fields. With regards to the alien's qualifications, a bachelor's or higher degree is usually required, unless Schedule 2 lists alternative qualifications. Equivalency to a required degree through a combination of experience and education will not be accepted for TN purposes; aliens in this situation must apply for H-1 status.

An alien may be admitted to the United States in TN status for the period of time required by the employer, up to a maximum initial period, of stay of one year. TN professionals can receive extensions of stay in one-year increments, with no outside limit on the total period of stay. The limits on stay for H-1B (six years) and L non-immigrants (five or seven years) do not apply to TN aliens. In addition, Canadian and Mexican professionals who have already completed six years in the H-1 or L nonimmigrant category can immediately qualify for the TN category without fulfilling the requirement of one-year-abroad imposed by the INS regulations for H-1 and L aliens. The only limitation on the duration of stay of TN non-immigrants is that the purpose of the stay must continue to be temporary.

Procedures for the TN Category

As under the FTA, Canadian professionals may enter the United States under NAFTA without the requirement of an INS petition approval required in the H-1 category; these professionals can enter the United States simply by providing documentation at the port of entry that they are engaged in one of the designated professions listed in schedule 2, and that they possess the requisite educational credentials to qualify in the listed profession. Canadian professionals are designated as TN-1 non-immigrants as distinguished from the TC classification under the FTA.

On the other hand, Mexican nationals seeking TN status must comply with a procedure that is identical to that for H-1B classification for nationals of other countries. Their employer must file a petition for TN status with the INS, and the petition must be supported by the same labor condition application (LCA) required for any H-1B alien. Furthermore, once the petition is approved, the Mexican TN must obtain a visa from a U.S. consulate prior to admission to the United States.

In order to process this application, the following documents will be needed:

Although TN aliens need not show that they maintain a foreign residence during their U.S. stay, they must establish their non-immigrant intent. TN aliens may have a difficult time receiving TN visas or gaining TN entry at the border based on their intention to obtain U.S. permanent residence.

Family Members of the TN Applicant

NAFTA creates a separate non-immigrant category for such dependents. Under NAFTA, the spouse and unmarried minor children of a TN applicant who are also Canadian citizens are admitted to the United States as TD non-immigrants. No separate application needs to be made for family members and no filing fee need be paid for them. 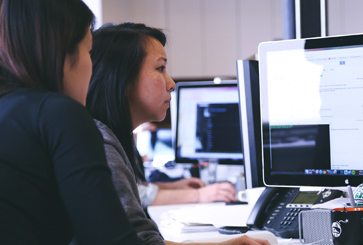